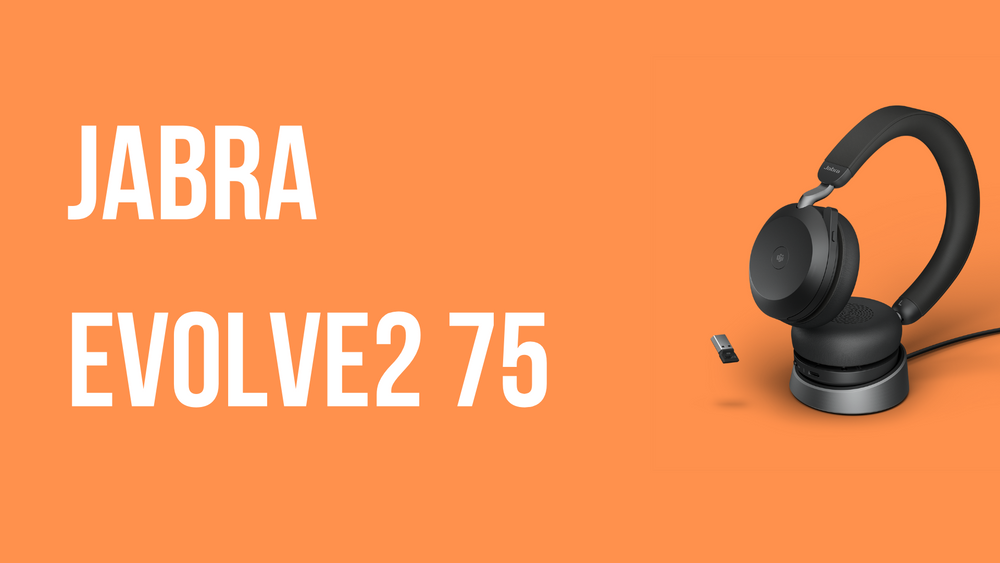 The Jabra Evolve2 75 headset is the latest headset in the Jabra Evolve range. This Evolve headset has an advanced triple digital chipset which power a new Jabra algorithm.  This new algorithm helps to differentiation between voice and background noise.

The headset also boasts a 30-metres wireless range, so you can go and answer the door or brew a coffee while on that call.

Let's dive into the headset in more detail and look at how it fairs.

What's in the box?

When you get the Jabra Evolve2 75 headset inside the box is the following:

With any Jabra headset the setup process is straightforward.  In the box you get a dongle you can use to plug into your laptop/PC to help create the connection between the two.

However, as I already had a dongle plugged into my laptop I reused that. Which is something you can do, as I covered in a previous blog post.

The dongle and the headset found each other quickly and I was up and running. Using the Jabra Direct software I had installed helped me to customise settings, and check for any updates the headset might have needed.

The Jabra Evolve2 75 is the first in the Jabra Evolve range to have the fully adjustable Jabra Advanced Active Noise Cancellation feature.  This means you can adjust how much, or how little of your surroundings you hear.

Jabra call this feature HearThrough.  It's something that has been in the Jabra Elite range for a while and I've had the pleasure of using it in my Jabra Elite 85t headset.  It's a great feature to use either in the office or on the move, and really does allow you the control you need to hear outside noises or not hear them.

The call quality of the Evolve2 75 is spot on, I've had no complaints on virtual meetings.

I've also used the headset for listening to music, podcasts, and videos.  The sound quality is great and balanced from an office headset point of view.  If you are a true audiophile you might notice some flaws but as an around headset then you won't be disappointed.

The Evolve2 75 headset is an on ear headset. Meaning the ear piece sits on your ear. For me this wasn't comfortable for a long period of time. I could wear them for meetings but when I tried to wear them all day they became very uncomfortable.

On the days where I was wearing earrings the headset made it so that the earrings ended up digging into my head.

I much prefer the over ear headset such as the Jabra Evolve2 85.

I felt a little disappointed with the battery life.  The battery seemed to round out half way through the week.  The charge was fast so it wasn't inconvenient, just disappointing as I've come to expect great battery life from Jabra headsets, whatever the form.

The Jabra Evolve2 75 can be charged with an USB-C cable, which is good as I have a lot of devices using that type of connection and don't have to carry a specific cable for the headset to be charged with.

This is a good all round headset for either working in the office or working from home.  You've got a headset that can be used for calls and listening to music.  As I mentioned earlier, the only thing to watch is these are on ear headsets, no everyone will be comfortable wearing those for long periods of time. 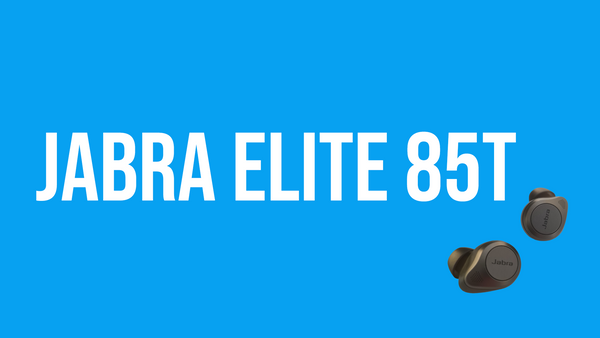 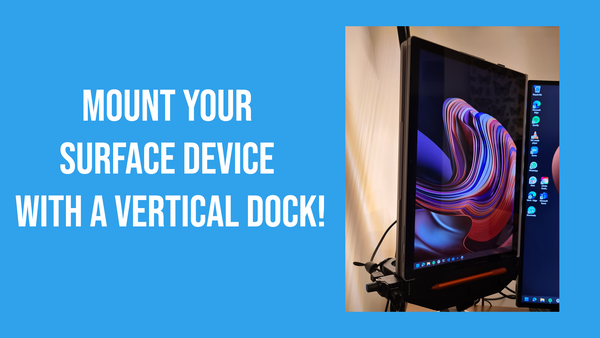 Mount your Surface device with a Vertical Dock! 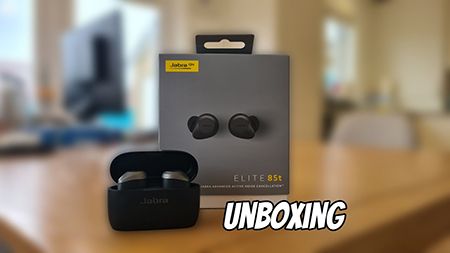