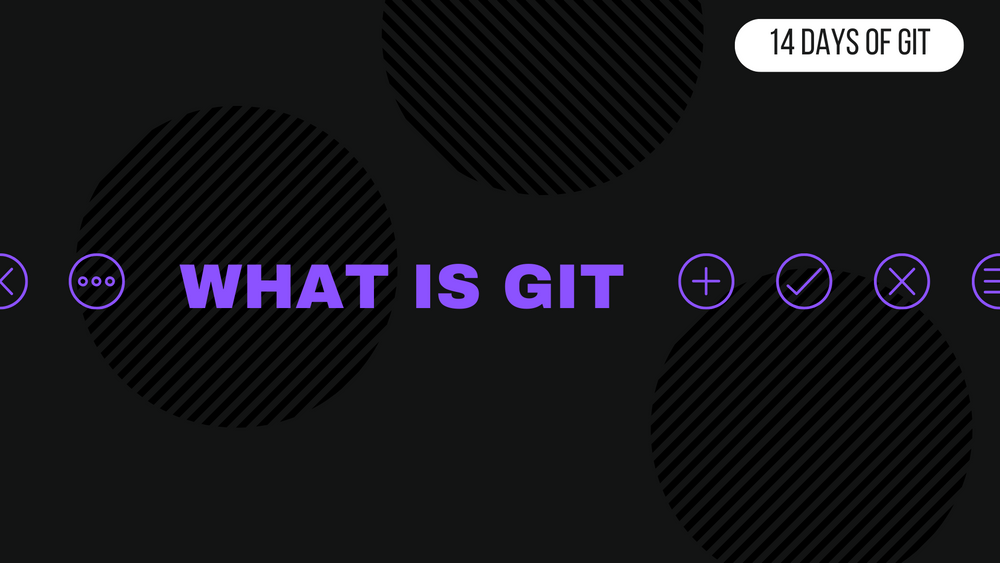 In my last post we explored "what is version control".  In today's 14 days of Git we are exploring "What is Git".

Git is a tool that is used for code management.  It is a free and open source tool.

Git is a tool that can be used within your DevOps workflows to maintain good version control.

Git has many features and benefits and we intend on exploring a lot of them as part of 14 days of Git.   But let's cover some of the highlights:

Why is Git used?

As we explored in what is version control, we discovered that being able to track your history and collaborate with others is important in any environment that involves code.

Version control is the theory, the process that is used to do that.  Git is the tool that allows you to put that theory into action.

You'll often see people talk about Git as a command line tool.  And yes it is predominately a command line based tool.  But you don't need to use it in that form.

Git comes with it's own graphical user interface(GUI).  Git GUI that can be launched from the command line.

There are third party tools out there that allow you to avoid having to interact with the command line:

The next step of 14 days of Git is to walk through the various ways of installing Git on your machine. Be sure to subscribe and join us for that step in the learning journey!