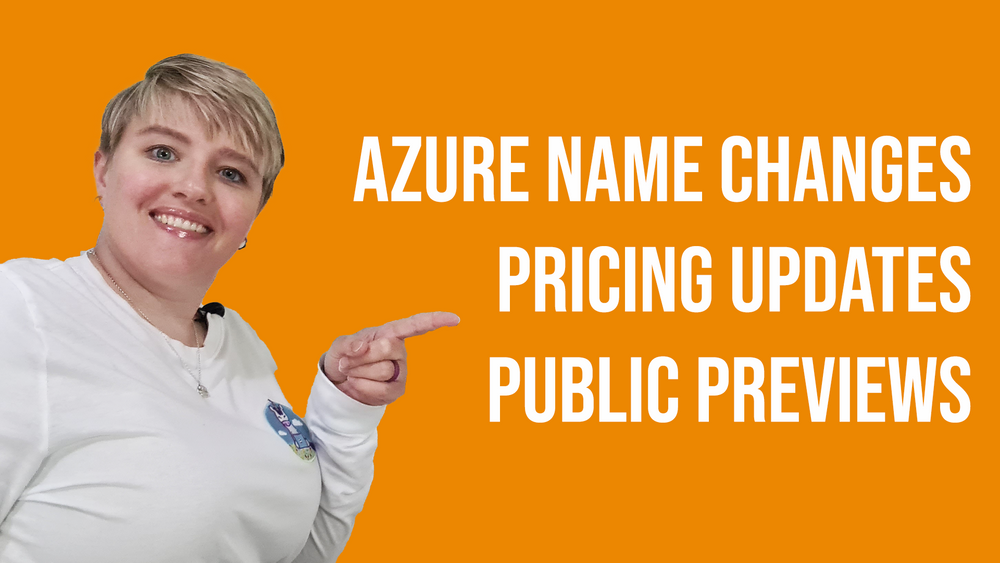 In this week's catch up with the Azure news we have had product name changes, pricing changes, and public preview releases!

You can catch my update on YouTube or via an audio podcast.  If you scroll down there is a transcript of the update should you need or want it.

This week we saw the team rename Windows Virtual Desktop to Azure Virtual Desktop, it's exciting to see the innovation that has went into this product.  While they were renaming the product they also announced the public preview of metadata storage in the UK is now available.  And they also teased that very soon they will be launching a public preview that allows native Azure Active Directory join so there will be no need for traditional Active Directory!

Key rotation is one of the best security practices organisations can employ to help reduce the risk of secrets leaking.  There are now new policies you can deploy that ensure that anyone deploying an Azure Storage endpoint have to specify key rotation duration.  And you can set alerts if a key is about to expire and then look at rotating that key using APIs, CLI, PowerShell or the Azure Portal.

There have been pricing changes to Azure Sentinel and Azure Monitor to help reduce costs.  Capacity Reservation is now being called Commitment Tiers and they are introducing new commitment tiers for higher data ingestion. There's some important changes about the tier pricing once you go over that tier and how it resets so do check out the announcement for more information.

Azure Migrate Private Link support allows you to connect privately and securely to the Azure Migrate service over an ExpressRoute private peering or a site-to-site VPN connection. You can now ensure that your transactions from a discovery or migration point of view are being transferred with extra security in mind.

Hey everybody, and welcome to this weekly update with myself Sarah Lean. So as usual, I'm going to be covering off some of the news stories that's been happening within the Microsoft as your world this week, and giving you some context around these news items. So stay tuned. So the first bit of news that I want to cover is actually several bits of news about one of the Azure products. So we've seen windows virtual desktop be renamed this week. So we're calling it Azure virtual desktop. So that's something to bear in mind. If you're looking at documentation, if you're searching for information on the internet, you might no see that being labelled as Azure virtual desktop. And in terms of what's been happening with that product this week, we have seen some announcements in terms of new features. So in public preview is know the ability to store your Azure virtual desktop metadata in the UK, which is a big one for a lot of customers. We've also seen the team announce that they are actually going to be releasing a new public preview very soon. And that public preview is going to be around Azure Active Directory native join. So you're no longer going to need a traditional Active Directory server to join your Azure virtual desktops to your nobility use Azure Active Directory. So that's a public preview that's been announced but isn't quite out in public at the moment. So stay tuned for more information on that. So key rotation is something that a lot of customers are employing now to try and reduce the risk of secrets leaking out into the public. And what we've seen now with the Azure Storage team is that there's going to be new policies that you can set that enable. So as people are creating new Azure Storage endpoints, they will be forced to actually put in a key rotation policy so that that key will be rotated after a certain amount of time, or after certain amount of other activities that are happening. And this is quite crucial to being able to, like I said, Keep those secrets and keep those keys quite secure it within your environment. You'll also be able to set alerts so that you know that a key is coming up for expiry, and then you can actually start to rotate that either with API's or in the CLI command or in a PowerShell, or even in the Azure portal. So lots coming around that feature as well. So we've also seen some pricing announcements made and the Azure Sentinel and Azure monitor team have introduced something that will help reduce your costs. So when you look at Azure Sentinel, you'll see something called capacity reservations. And that's the pricing plan that you would have bought. They've now renamed that to commitment tiers. And with these new commitment to your namings, we've actually seen new tiers being introduced around higher data ingestion. There's also been announcements around some of what happens to the tiers, if you go over that data ingestion, and how that resets and the pricing that happens when you do go over that commitment to you that you've committed to. So definitely have a look at this announcement in more detail, understand the nitty gritty, and how the new placing changes and the new name will actually affect your environment and hopefully save you some money. Now, the last bit of news is around Azure migrate, and they've released a public preview that now supports a private link. So that's new private preview actually allows you to connect privately and securely to the Azure migrate service over an Express Route connection with private peering, or a site to site VPN connection. And West s, this is going to allow you to be more compliant and add an extra layer of security to that transactions that are you're either doing from a discovery point of view with Azure migrate, or a migration point of view. So again, have a look at this and see if you can implement it, but it's still in public preview at the moment. Thank you so much for tuning in to this weekly update. Hopefully this has been helpful to you and you have caught up on some of the amazing Azure news that has happened this week. If you've liked this video, please do hit that like button and hit subscribe because I do these videos every Friday and we're coming up to the 100th one. So hopefully that will be a good one. 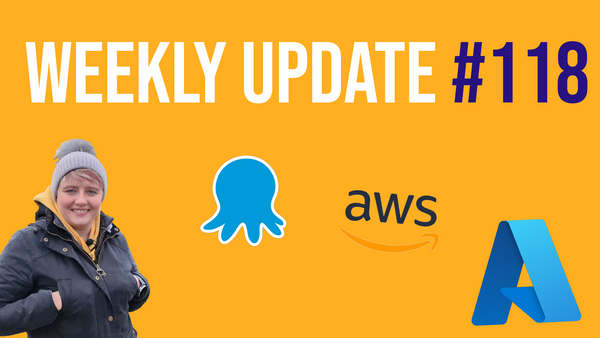 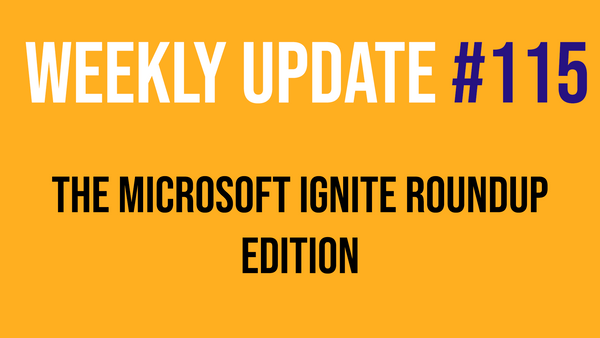 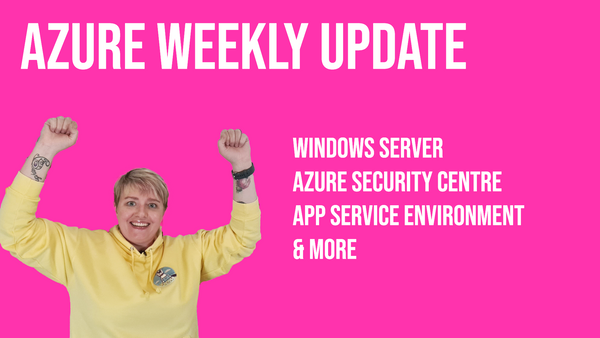