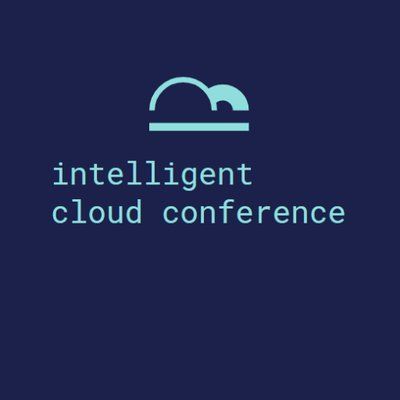 Back in December 2018 I submitted some sessions via Sessionize to the Intelligent Cloud Conference call for speakers and in January I received two wonderful emails confirming that two of my sessions had been picked!

I had never visited Denmark before and was excited about getting the brief chance to see some of the country and more importantly get the chance to speak at a conference outside the UK!

I only started public speaking in August 2017 and that was at local user groups and I spoke at my first conference in September 2018. I still feel even after about 15 public talks that I am still a rookie and learning my trade but I do enjoy sharing my knowledge and interacting with others at the events.

My journey to Denmark wasn't entirely straight forward unfortunately, I had to get a flight from Glasgow to Amsterdam then a flight to Copenhagen and disaster struck my flight from Glasgow as delayed meaning I had to do a marathon run once I got to Amsterdam to make my next flight. Not a fun experience but I made it with minutes to spare. It wasn't quite the relaxed start to my journey I had hoped for but I arrived in Copenhagen and managed to easily get a taxi to the hotel, which wasn't to far away.

The hotel I stayed in, the Tivoli Hotel, was lovely. Very modern and very friendly. I managed to spot the conference venue from one of the hotel windows so knew it would be an easy commute to and from the conference.

The conference was being held in a cinema, which was a little daunting and overwhelming as it would be the biggest screen I'd ever presented at but I was also looking forward to the experience. (I'm a complex person! lol)

On arrival at the conference I collected my badge and goodie back, which had a lovely pair of Azure socks in it!

I had a quick wander around and then jumped into a session with Eric Berg, entitled "How to Health Check your Azure Environment". I really enjoyed the session, Eric is a very good speaker who conveyed his point and enthusiasm to the audience and it was a nice way to start the day off.

I then headed to Peter de Tender's "ACR, ACI, ACS, AKS, DCK... aka the Container Alphabet Soup" session and picked up a few bits and pieces about the Container services that I didn't know.

After those two sessions I went in search of some food and some space to get my head in the right place for my session. I was on of the later sessions in the day and I was hoping that people wouldn't be to tired to come to my session but I was really pleased at the turn out I got.

I do admit to being a bit nervous at the start but as the session moved on and the audience started to ask questions and interact with me I got into the swing of it. I got really good feedback from the audience and I was pleased to have my first session at an international conference completed. 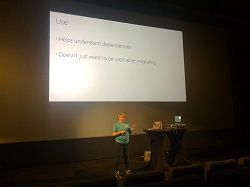 The next day my session was one of the first up, and despite that early start I had another good turn out. This session is my favourite one to deliver and I've delivered it a few times now so I know the content and slide deck pretty well. Again I had really good feedback and great audience participation.

My overall experience of the whole event was really positive, well organised and well thought out. I loved the magnets that were made available to attendees and there was good seating for people to eat, or work or mingle with attendees. Having the event in a cinema was a genius idea as well, lots of comfy seating for attendees and great projection and sound facilities. A huge thank to all the organisers, and sponsors for the tireless work behind the scenes. And a huge thank you to my fellow speakers and attendees for supporting the event and being open to sharing within the community in such a positive and productive way.

My journey home was a bit stressful again due to tight connections and delayed flights again. But I did love the Copenhagen airport, really airy and quiet despite it being rather large. I did find some nice marzipan chocolate bars that I think were local to Denmark. hehe

Thank you to British Airways for making sure I got a fast track pass through security and made it in time for my last flight home.

Despite the stressful travel that I had to endure I really enjoyed visiting Copenhagen and speaking at my first ever international conference. Here's to many more!