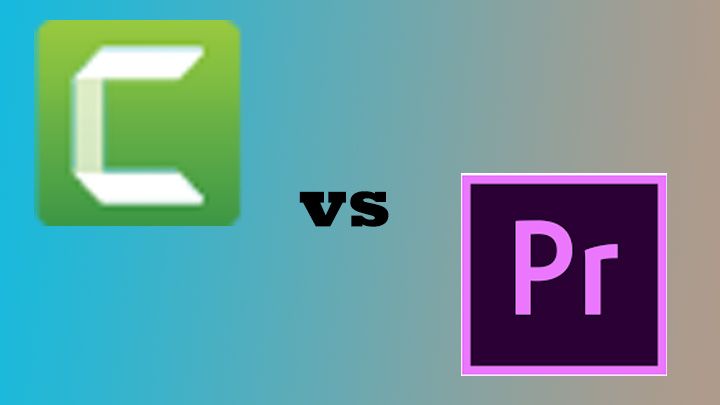 I've been tinking with video creation and editing of those videos since January 2018, but really got into it back in August 2019 when I started a weekly vlog on YouTube.

When I started my weekly vlog I was using Camtasia to edit my video footage. Looking back at that first few episodes I didn't do much with the footage at all, I might have added a logo (or tried to) and maybe cut off the beginning and ending of me setting up the camera but there was no fancy intro graphics, or outro, or even any lower thirds.

As I gradually grew familiar with Camtasia I did start to add stuff and make things zoom out and in of the screen to help highlight points I was talking about. And I did put together a bit of an outro but nothing that would have any professional video editor worried about me taking over the job.

However, as I started to get into creating the video and editing it, I found over time I wanted to try something I'd seen someone else do in their editing and struggled to get Camtasia to do it. Everything I seemed to want to do or try to do required Adobe Premiere Pro.

The turning point came when I came back from Seattle in February 2020 and had some video filmed from one of the professional video booths that we have within the Microsoft Campus. The footage I had created had two video angles of me talking. And trying to edit and join that together within Camtasia, just seemed beyond the footage.

So I downloaded a trial of Adobe Premiere Pro after seeing a tutorial of how easy it was to edit multi camera videos in there.

I was sold! I edited the footage with ease and was able to try out some techniques that I had wanted to try and struggled in Camtasia with.

Let's have a look at some of the things I like to do in Adobe Premiere Pro I struggled with in Camtasia.

I often film multiple angles of me, even if I am just sitting at my desk talking to the camera. Or sometimes I'll have my camera on me and also be recording my screen for demos etc. So having those multi camera feeds and being able to pull them into Adobe Premiere Pro, have the software sink them and then edit with great ease saves me a lot of time. The tutorial that I really found helpful in figuring out the basics for this was Barnacules Nerdgasm's video talking about it.

Now this point could be debated, but for me I found Adobe Premiere Pro easier to use and figure out compared to Camtasia. This is maybe because I've used a ton of Adobe software in the past from Dreamweaver back in the day to Photoshop. I just found the interface so much easier to navigate and much more intuitive but I totally get that this is a subjective one and everyone will be a bit different on this point.

There is a host of tutorial, blog posts, YouTube videos both from Adobe and the community on how to do things. I always struggled to find material on Camtasia and how to do things and used to give up.

A lot of people spend time making the audio just right before recording and can probably just go with whatever they have recorded, for me, I like to tweak things just a little after recording. For a home office studio I think my audio sounds good, but I still have some things I want to tweak. For a while I did that in Audacity, which was a bit of a process when I was using Camtasia, taking the audio separately, editing it then pulling it back into Camtasia and editing it and then trying to sync it up with the original and bringing it all together.

Adobe has a great bit of software for audio editing, [Adobe Audition] and I often use that as a separate program but there is some powerful audio editing features built into Adobe Premiere Pro you can leverage without leaving it, so it helps to quicken up my workflow.

I often save up filming of videos for one day of the week, it's sometimes easier to block out a whole day in advance within my diary to it, rather than try and fit it in between meetings on other days. I also find it helps to do it in one day when I am in the right frame of mind and dressed right.😀😀

But in Adobe Premiere Pro there is a batch rendering feature. So I edit all the footage I want and save them, then I queue them up within the Adobe Media Encoder and let it render away. I've got into the process of setting this up at the end of the day and letting my machine render the videos while I go and have my dinner and watch TV and check on it before I go to bed. I'm finding it a much easier process to manage.

Those are just some of the reasons I prefer Adobe Premiere Pro over Camtasia, however saying that there is one feature the Adobe suite lacks, I haven't found a good way to do screen recordings, so I use Camtasia for that and import the footage into Adobe Premiere Pro to edit. 😉 Nothing is perfect is it? 😀

Why I started a YouTube channel and what I've learned