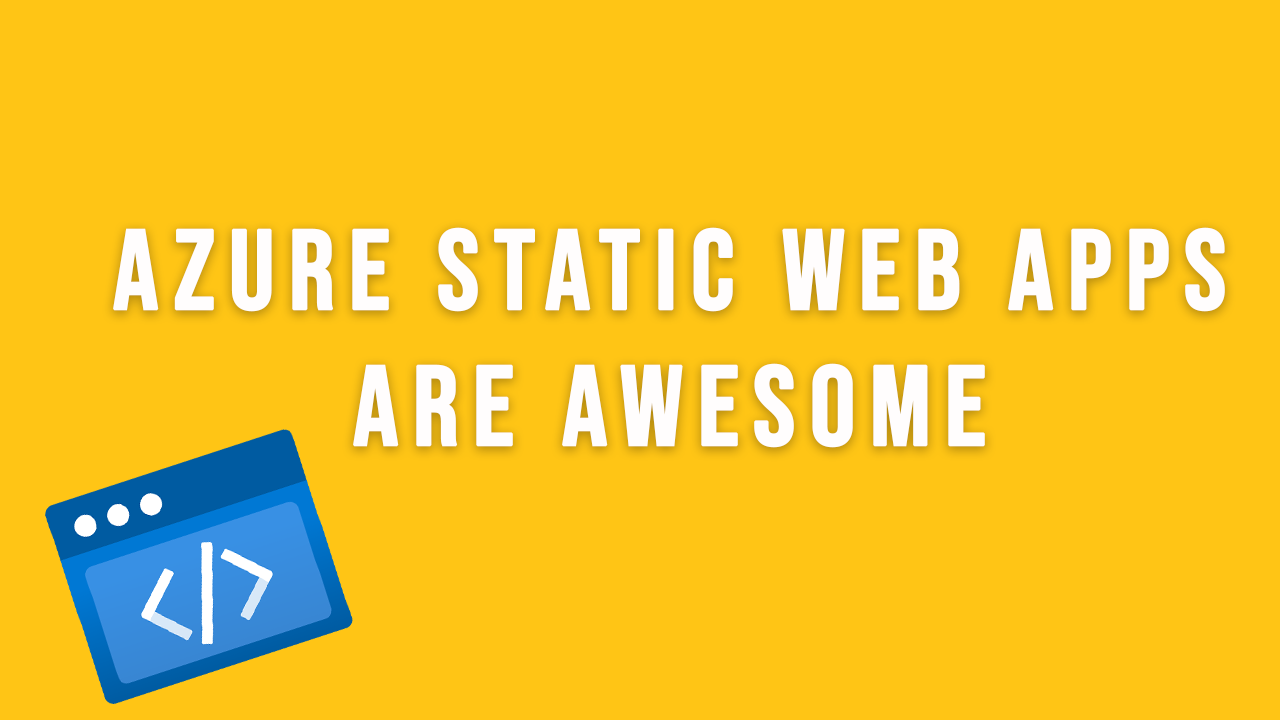 Azure Static Web Apps have went generally available (GA) which is great news as they are a pretty cool feature within Azure.

They allow you to automatically build and deploy full stack web apps to Azure from a code repository.

I actually have a website running on one at the moment, Azure Family.  The source code for that website is stored within GitHub and is then published to the Interwebs using an Azure Static Web App.

This was setup with Azure Static Web Apps were in preview and it was a smooth process then.

What features do we have now?

Now that we are in GA mode with the product we have some more functionality than what we did when it was in preview.

You are able to add in your own custom domain.  So you can have the domain you want for your website, although the ones that are automatically generated by Azure Static Web Apps are pretty cool. 😉

You are also able to get a free SSL/TLS certificate for your auto generate domain name and ANY CUSTOM DOMAIN name you add.  Which is a pretty cool!  To get the certificate you need to have a added your custom domain and also configured all the DNS configuration for that domain.

We also have the ability to have production and staging environments, depending on how you've set up your code repository, which is create for checking changes before releasing to everyone.

Not just for developers

There's a lot of info out there that says Azure Static Web Apps are just for developers, I'm here to say that's rubbish! They are great for everyone, and they are especially create for people who aren't developers.  Because they are so simple to set up and get started.

Lots of people, including me are taking advantage of static web site frameworks like Hugo or Jekyll and Azure Static Web apps is aware of how to build those frameworks are turn them into websites for visitors without any complicated configuration.

The pricing of Azure Static Web Apps is really pleasing, there is a FREE tier.

There are obviously some limitations of the free tier, but it's great for those personal projects and I think I'll be spending sometime redesigning and moving the Glasgow Azure User Group's site over to Azure Static Web Apps. 😊

I'm a big fan of Visual Studio Code and there is an extension that helps you manage your Azure Static Web Apps from within there, which is pretty awesome.  It's one of those cringe worthy phrases but it means a single pane of glass, you can do your development of the web app within VS Code and configure the Static Web App from in there without leaving.

There's so much scope for the Azure Static Web Apps and I look forward to where this product goes and how the community uses it.